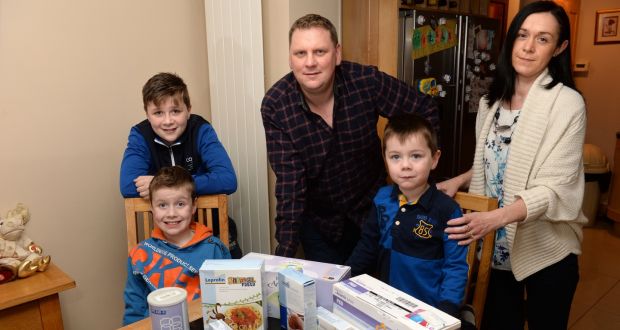 For most parents, the heel prick test is one of those forgettable, standard procedures that their newborn baby goes through during the early, hazy days of parenthood. Not for Lyndsay and Paul Price.

When they had their third baby, Andrew, on Wednesday, June 15th, 2010, in Holles Street hospital in Dublin, Lyndsay came home early. So a public health nurse took the blood samples from their newborn at home in Shankill the following Sunday.

Even though their two older sons had also had the test, which now screens for six metabolic disorders, Lyndsay distinctly remembers asking the nurse what exactly it was for.

“She said that it’s for all this rare stuff you have never heard of; your other two were fine, he will probably be grand.” She also said if they didn’t hear anything by the end of the week, they could take it that all was normal.

But on Tuesday Lyndsay got a call from Holles Street. Her immediate thought was “they don’t ring just to ask how you are . . .” She was told the heel prick test had indicated that Andrew had phenylketonuria, or PKU for short, a condition the family had never heard of. They needed to bring him into Temple Street Children’s University Hospital immediately for further blood tests.

PKU is a rare genetic disorder but Ireland has one of the highest incidence rates in the world, at about one per 4,500 births, compared with a European average of about one per 10,000 births.

The Prices were to learn at Temple Street that it meant Andrew lacked the enzyme necessary to break down a particular amino acid, one of the approximate 20 “building blocks” which make up protein. Left untreated, the condition would cause that amino acid – phenylalanine, known as phe – to accumulate as a toxin and interfere with brain development.

The “treatment” is a life-long, strict diet that keeps the amount of phe in the blood, which is essential for normal growth, at a safe level. This means that high-protein foods, such as meat, fish, nuts, eggs, beans, and so on, must be avoided. The diet of those with PKU consists mainly of certain vegetables, fruit and specially formulated foods, such as milk, bread, pasta and rice, in which the protein component is very low.

In the early months, an affected baby can take only some breastmilk and must also be fed phe-free formula milk. Parents also need to learn how to take blood samples, from their child’s heel, fingers or toes, to send to Temple Street for monitoring.

The staple of a PKU diet is a phe-free, nutritionally balanced protein drink taken three or four times a day.

“This has a really bad smell – yuck,” Andrew’s eight-year-old brother Alex explains helpfully as he drops into the livingroom during our interview. Unpleasant as it seems, this formula is the lifeline which parents need to make sure their children drink every day.

As Lyndsay points out, when a small child is on antibiotics, parents will know how hard it can be to get that medicine in three times a day for five days. “This is for life. You have to get the formula in.” On top of that is the daily challenge of the child not being able to eat what other children can.

The tolerance of phe differs for every child with PKU, so the diet has to be finely tuned. Results of regular blood tests determine how many grams of normal protein children with PKU can have, counted as “exchanges”. And this will change during growth spurts and illness.

Andrew is currently on five exchanges a day – one exchange is six chips, for example, or a tablespoon of sweetcorn, or a potato waffle. Lyndsay tries to give him an exchange-free breakfast – typically sweet waffles made with specially formulated flour and milk – so as to leave his allowance for the rest of the day. One Weetabix, for instance, would use up two exchanges.

“I worry for the future,” she says, now that she sees her eldest son, James (13), eat his way through half a sliced pan at one sitting no problem.

“He is only five now. How do I keep that child fed (when he is older)?” ‘Terrible phone call’ Sitting across from her and Paul are Karen and Jon Willetts who, like the Prices, knew nothing about PKU before they got “that terrible phone call” in the wake of the heel prick test at Holles Street on their eldest child Ciara, now aged seven. 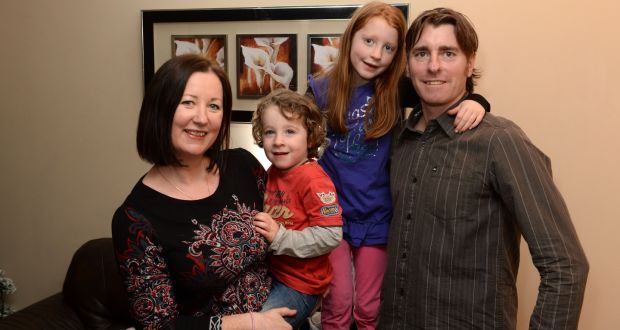 The inherited condition occurs only when both parents are carriers, and so they knew when their second child arrived that there was a one-in-four chance that any baby of theirs would have it. Luke, now aged three, was tested early and also proved positive for PKU.

Although you would never wish the condition on any child, it does make it easier that they both have it, says Karen. The siblings have each other, whereas most children with PKU will have only occasional, if any, contact with a peer in the same situation.

There are about 540 children with PKU registered with Temple Street hospital, which is the national centre for inherited metabolic disorders.

Both the Prices and Willetts praise how their children are treated there, at regular check-ups and through liaising over the results of blood samples that the parents send in.

However, although Ireland was once a world leader in the detection and treatment of PKU, this is no longer the case. We were one of the first countries to introduce national newborn screening for the condition through the heel prick test, 50 years ago next month. The State pays for all the specially formulated PKU foods that are supplied through pharmacies.

But families with affected children are frustrated that the first drug to be developed that has been proven to help treat the cause of the condition is not available here. It is used in the US and in many other European countries, including Spain, France and Germany.

The metabolic unit in Temple Street was involved in a 2005-2006 trial of this drug, sapropterin, trademarked Kuvan, before it was approved in the US in 2007, so “we are pro it”, says consultant metabolic paediatrician Dr Arde Monavari.

“We know it will work in a minority of Irish patients. It would be in conjunction with their diet, but it would make it much easier for parents and the patients themselves.”

The National Centre for Pharmacoeconomics deemed in June 2009 that it was not cost-effective and recommended that the HSE not fund it. But a fresh application was made by Merck Serono last year, with the drug manufacturer offering a free, one month’s supply to all affected children, provided that the HSE would undertake to fund continuing treatment for those for whom it proves to be effective.

However, the rights for Kuvan are about to transfer to another drug company, BioMarin, which has a manufacturing plant inShanbally, Co Cork, as well as a Dublin hub for commercial operations.

A London-based spokeswoman for BioMarin tells The Irish Times that the company is aware of the application to the Irish authorities and that it will take over discussions as soon as it becomes the marketing authorisation holder for the drug. It is too early, she adds, to say what the cost of Kuvan to the HSE would be.

The PKU Association of Ireland is lobbying for the health service to accept the application this time around, believing that Kuvan offers its children “the possibility of a healthier and more normal life”.

For children who respond to Kuvan, it lowers and stabilises their phe levels, in conjunction with a managed diet. By enabling them to take in more “exchanges”, it eases restrictions on their food and reduces their dependence on low-protein, synthetic products.

Currently, even with adherence to the special diet, there is evidence that some PKU people have sub-optimal neuro-cognitive outcomes, says Karen.

“Personally, I see issues with concentration, attention, ability to focus – the present treatment is not 100 per cent for everybody. Anxiety and depression are other issues emerging among adult PKU people.”

This may be due to lack of adherence to the diet, she acknowledges, but “the diet is too hard to follow, nobody can do it for their whole lives”. There is anecdotal testimony from those taking Kuvan elsewhere of improved concentration and greater sense of wellbeing, but there’s no scientific research to back that up.

As the association’s chairman, Fergus Woodcock, pointed out in a letter to the Minister for Health Leo Varadkar last October, PKU has “a massive impact” on children’s lives.

“The increased risk of nutritional deficiencies, physical and psychological side effects, as well as cognitive and behavioural consequences, can negatively impact children’s social and academic potential,” he added.

A spokesman for the Department of Health tells The Irish Times that the decisions on which medicines are reimbursed by the taxpayer are made on objective, scientific and economic grounds by the HSE on the advice of the National Centre for Pharmacoeconomics. “They are not political or ministerial decisions,” he adds.

A HSE spokeswoman confirms that Kuvan is again being considered, having been looked at in 2009, when “insufficient evidence was available to support the pricing and reimbursement application submitted by Merck Serono”. Now, as the process is ongoing, the HSE cannot discuss potential outcomes or comment further at this time, she adds.

“Obviously I don’t want my children to have PKU at all but if they do have PKU, I want them to have the best treatment available,” says Karen. Her New Zealand-born husband Jon adds: “That’s the bottom line.”

At the moment, aside from the diet, the only other treatment is Kuvan. However, BioMarin has an injectible enzyme, PEG-PAL, at stage three of human trials in the US, the results of which are expected by the end of March. The worldwide PKU community is hoping that, ultimately, this may dispense with the need for a lifelong, low-protein diet.

But that’s a long way off. Meanwhile, Karen wonders if the HSE, when deciding whether or not to fund Kuvan for children like hers, take into account “unquantifiable considerations”, such as quality of life and a child’s feelings. As far as she is concerned, to tell these children that the drug is not worth it “is belittling to what they have to go through”.

Getting the diagnosis, a parents story